Geographically Tana Toraja is a county which is in the province of North Sulawesi, and the capital of the Tana Toraja is in Makale. Community Toraja themselves still holds fast to the beliefs and lifestyles of the typical similar cultures in Nias, which makes the Tana Toraja became one of the world’s cultural heritage sites registered on UNESCO.
Tana Toraja society itself a lot of roll out ceremony which presents a variety of dances as well as a very interesting attraction, and for those of you lovers of art certainly cannot ignore that opportunity. In addition, there is also a very unique custom homes that exist only in Tana Toraja.
History And The Origins Of The Toraja
According to the legend that is spreading in the community, the ancestor of the Toraja the toraja itself comes from a man down from the Nirvana by using the stairs from the sky toward Earth. Therefore they believe that the ladder can serve to approach the media themselves to the Lord the Almighty (Puang Matua).
While according to an anthropologist named Dr. C. CYRUT who is doing research on the Toraja, obtained the conclusion that society of Tana Toraja is the result of acculturation of the indigenous population who lived on land that exists in South Sulawesi with newcomers or immigrants from the Gulf of Tongkin/plain of China. The acculturation process starting from the settlement of Indonesian Chinese with a population that is very much expected to occupy the region of Enrekang, and then they build a place settled in the area.
In the beginning the name Toraja is given by the Bugis Sidendereng and the community from Luwu, Sidendreng Society calls the inhabitants of this region with To Riaja meaning “People who lived in the mountains or over the country“, in contrast to people who call Luwu inhabitants this area with To Riajang which means “People who inhabit or settled in the West“. The other version is the Toraya means “Nobility“. Then as time goes by the term turned into the word Toraja and Tana itself means country, then known as Tana Toraja.
Activities that can be done in Tana Toraja
Here you can get around to Lemo and Londa, Tampang Allo, where in the area you can see a very unique cemetery is very well known even to international prominence. The funeral shaped caves located in the Rocky walls and the numerous caves filled with coffins and human bones, indeed sometimes bizarre, according to us but that’s the uniqueness of the culture of the communities surrounding tourist attractions in South Sulawesi.
If you are visiting Tana Toraja in June, July or December, you can watch the butcher do the slaughter of dozens of pigs and buffalos are colossal. And you can also see how the uniqueness and sakralnya of culture or customs of Tana Toraja. A Buffalo and a pig is an animal who made sacrifices for the ceremony of death in this place. According to the beliefs of the Toraja society such animals is a means of transportation toward Puya for deceased human who died.
In Tana Toraja there is a traditional ceremony to honor the people who died with rolling out a party and slaughtered dozens of Buffalo and pig tails. The ceremony is known as Rambu Solo’ death rituals. This party is usually held for one night or even up to seven nights depending on the social status in Toraja society.
Beside that, if you want to see the typical residence or House of the people Toraja is Tongkonan are beautifully decorated and equipped with barns, you can visit the village Ke’te Kesu’. Here there are many rows of Tongkonan which forms the roof similar to the saddle. The roof of a House typical of the Toraja society made of bamboo is cut and arranged in overlapping. but as the development of the age of the roof of the House is typical of Tana Toraja society many using zinc as an ingredient. Tongkonan has different types of tailored to the degree of nobility. then on the walls–the walls are decorated with geometric and abstract patterns are white, red and black. at Ke’te Kesu You can also find craftsmen carved bamboo and a variety of other traditional handicrafts.
Then when you are visiting the area of Lemo, you can see the cemetery ball hang on the wall which is a special grave for nobles. This area is known as Lemo because in this place there is a rock cave, measuring very large and rounded, the shape is similar to that of citrus fruit and on the hole forming spots as well as citrus fruits. Here there are also graves of thetraditional leaders named Songgi Patalo which are about 500 years old.
Then if you continue visit to Suaya, you will find the tombs of the Royal family, then near Sangala you will find the grave of baby trees. According to the beliefs of the Toraja society itself when there are babies or children who died then it should be buried in a tree, and the tree will grow around. In addition, if you visit the Palawa, you will find typical weaving crafts Center of Toraja, which also contained the Tongkonan and the burial ceremony and festival venues, which are normally used by the public about tourist attractions in South Sulawesi.
Source : https://www.twisata.com/objek-wisata-tana-toraja-tempat-wisata-terbaik-di-sulawesi-selatan-indonesia/

Gifts for anyone who visited my blog 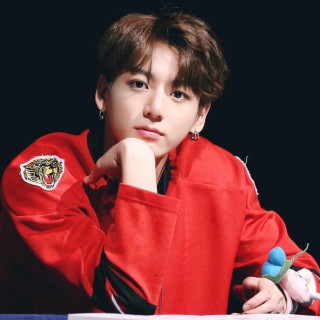 I'm a fangirl. This is me. A girl who has a lot of lack. But I wish I could love my self. And of course Love me or hate me, it's still me. I always trying to feel grateful for what I have because It's for my happiness.